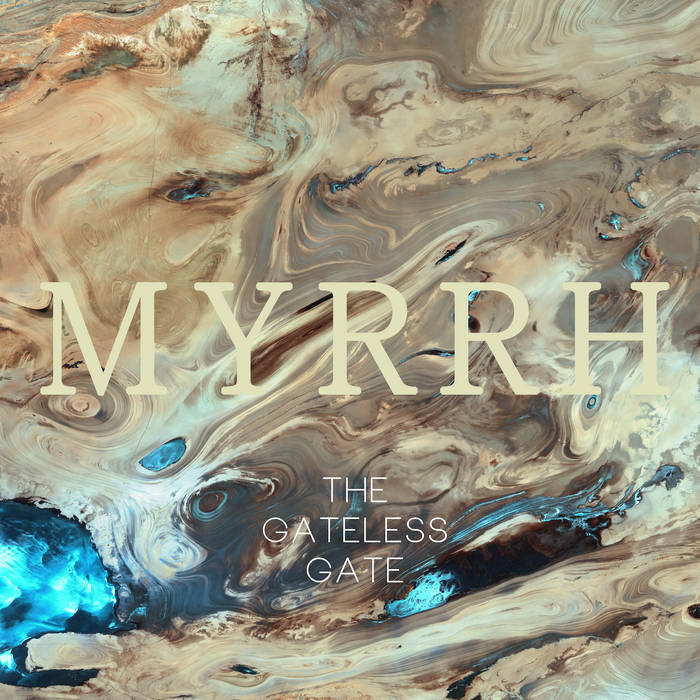 This EP is based on a cover version of "Myrrh" by Australian psych legends The Church. The idea for the EP came to The Gateless Gate literally in a dream, which seemed more like an order. The order was carried out.

The three accompanying instrumental tracks are all inspired by lines from the lyrics of the same song. These lyrics are the work of Steve Kilbey. The style of the instrumentals is Krautrock-inspired psychedelic ambient.

Three of these tracks are free to download, but if you want the cover, you gotta pay.

NOTE: Clearances for the song "Myrrh" have been paid and will continue to be paid. The composers of the song are: Steve Kilbey/Marty Willson-Piper/Peter Koppes/Richard Ploog, publisher Peermusic Pty Ltd.

Stationary Travels
stationarytravels.wordpress.com/2014/08/30/travelogue-week-2014-35/
"a particularly evocative and cinematic journey with lush synths, shimmering guitars & piano, and layered vocals. The cover art is quite striking as well, making Myrrh quite a tidy and inviting package. This should have appeal to fans across several generations and genres..."

Spacerockmountain
spacerockmountain.blogspot.com.es/2014/08/ep-grab-bag-vol-71.html
"...four tracks of psychedelic, near ambient at times, kraut-ish experimental music. That's gotta be enough musical descriptors for anyone, so I'll finish by saying the EP is f**king top notch."

"'Nightmare Decent Into Jericho City' sets upon us a strange Middle Eastern vibe, blasting its sinuous grooves into an as yet unrevealed Michael Mann flick. At the end of the sequence, 'Their Hollow Laughter, the Pain in Their Eyes' opens up the full-scale full moon L.A. cityscape - sound of the fog rising into a slowly disintegrating core ... you'll get a glimpse of pure music shamanism even if you back into this unprepared.