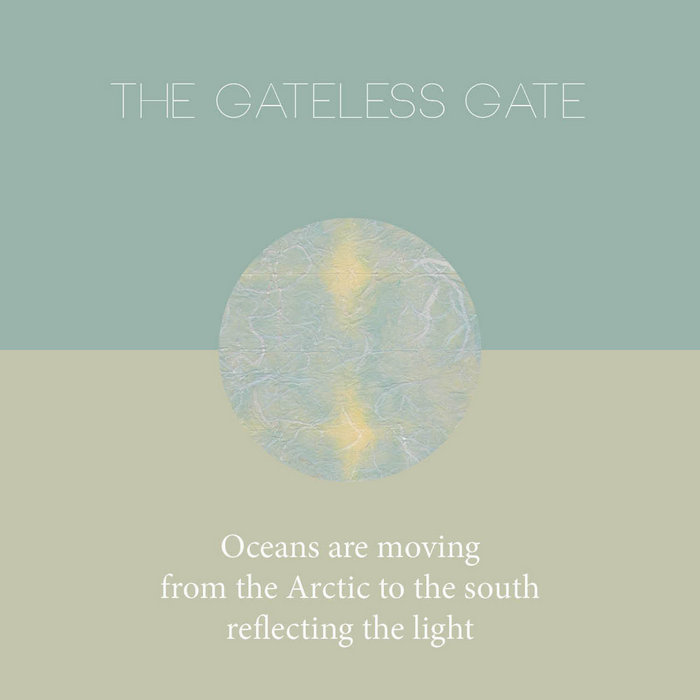 This recording brings The Gateless Gate sound closer to pure ambient music, though the proceedings remain strongly tinged with the Germanic Kraut-electronica/kosmische of the early seventies.

The first track is titled after a poem I wrote in fifth grade and recently discovered in a bag of old papers. I was impressed that my young self was so much more spiritually aware than my older self. This track has a distinct Tangerine Dream/Pink Floyd influence.

I live in a place with spectacular sunsets; "Thirty Thousand Sunsets" is, I reckon, about the amount of sunsets an average lifespan will witness.

"A Rainbow Is Like a Smiling Cat" features the golden tones of Big Kitty, a Norwegian Forest Cat, while "Angels of Glamorgan" is enhanced by an old recording of my mother singing as a schoolgirl.

"NOW!" is the purest ambient of my recording career to this point and focuses on the moments and sounds of a late spring morning. And "4-TLJ" is ... for TLJ.

This album is intended be an immersive, peaceful experience. Good for summer listening or when you want to be reminded of summer.

Enter 0 for free download, or feel free to pay me something.

"Allister Thompson’s "Oceans are moving..." is a 65-minute atmospheric and serene ambient journey with tasty use of field recordings. It kicks off with the beautiful 18-minute title track with most pleasant early Tangerine Dream/Pink Floyd influences and lovely resonating e-guitar licks bringing ’70’s German Kosmische Musik to mind.

Next is the 14-minute "Thirty Thousand Sunsets", an emotive and overtly relaxed neo-classical reverie with mellotron textures airing spirits of nature. After two shorter, introspective/ethereal oriented pieces we arrive at the 18-minute "NOW!" referred to as the composer’s purest ambient until now. It’s a mesmerizing, most quiet and gentle morphing soundscape reminiscent of Michael Stearns’ "Morning", focusing on the moments and sounds of a late spring morning. The album ends with a short piece of resonating, soft mourning guitar dedicated to Teri-Lynn Janveau."

"This album of Progressive-Ambient music is stunning, striking and serene as it moves you in so many directions as the music carries, lifts, sways, swoons, collects, leaves, dives and delves deeper than any of their previous albums."
-Progressively So
progressivelyso.wordpress.com/2016/06/11/arctic-oceans-and-reflecting-light-reflect-and-wave-with-the-gateless-gate/

"...a sublime collection of tracks that harken back to the early kosmische of seventies Germany. The back catalogue of The Gateless Gate is a joy to discover and this is no exception - it is more ambient than preceding albums but there is a definite krautrock feel to many of the tracks. As a collection it is a beautiful thing, the aural equivalent to your favourite anthology of poems. It has the power to wash away the stresses of everyday life....a veritable balm for modern living...the title track alone is an 18 minute voyage into calm and tranquility. I cannot stress how good this is."
-Dayz of Purple and Orange
dayzofpurpleandorange.blogspot.ca/2016/06/review-bandcamp-soundcloud-submissions.html

"The Gateless Gate's latest solo effort isn't so much about adamantly pinpointing the genre or ancillary vestiges thereof, but the truthful, down-to-earth yet aeriform endeavor of presenting and living an Ambient album."
- Ambient Exotica
www.ambientexotica.com/ambrev466_gatelessgate_oceans/

If you like Oceans are moving from the Arctic to the south reflecting the light, you may also like: