Return to Near North 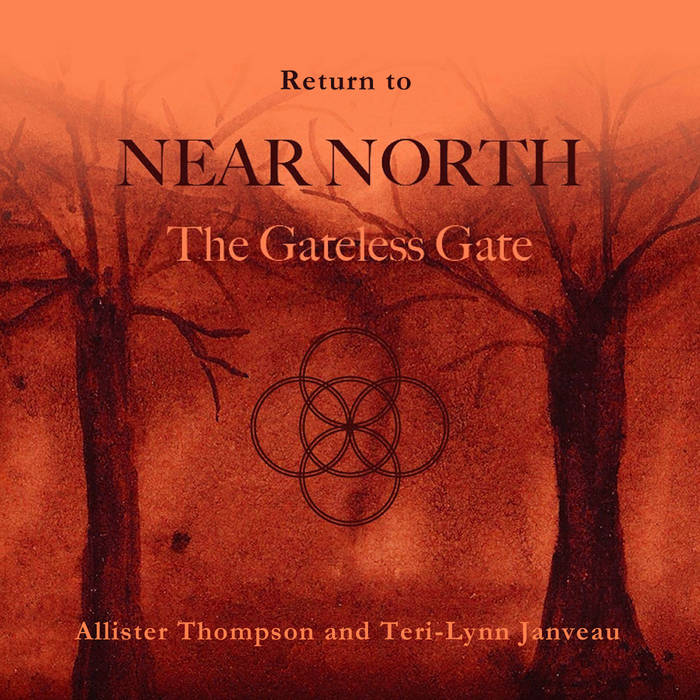 This is a remixed, remastered, and partially rerecorded/enhanced new edition of The Gateless Gate's 2014 album, one of my most popular. It is a collaboration with Teri-Lynn-Janveau, whose minimal but richly harmonic piano compositions provide a nice counterbalance to my busier, more psychedelic and post-rock efforts. This new version provides a clearer, cleaner listening experience and represents the way I always intended the album to sound.

We recorded this album in Toronto, but we now live in the actual near north, and I'm happy to say I still feel these pieces of music do effectively evoke the beauty of the landscapes that surround us.

Here's the original blurb:
"Near North is a musical journey across the boreal wilderness of central and northern Ontario, Canada, encountering its rugged Canadian Shield beauty, the flora and fauna and the people we love who inhabit this land."

mratavist.com/2014/04/03/the-gateless-gatenear-north/
"Thoroughly functional as a meditative, rich complement to whatever journey you’re on at the moment, Near North also reveals—and quietly revels—in a wealth of details and immersion... There’s a celestial vibe that runs through many of the cuts that lend a universal scope that goes beyond mapped out boundaries to embrace the sense of a pilgrimage."

foreignaccentspdx.wordpress.com/2014/04/13/new-album-review-the-gateless-gate-near-north/
"Thompson has noted Florian Fricke’s Popol Vuh as a major influence, and I would say that their sensibilities are very close. Like Fricke, Thompson seems to move seamlessly between the idioms of psychedelic folk and ambient meditation music. Moreover, as with Popol Vuh, there is a Romantic spirit of nostalgia and reverence for nature underlying The Gateless Gate... Janveau’s contributions on piano illustrate the sense of lostness and silence of some places, Thompson’s on guitar convey the sense of wonder and quiet majesty to others. Near North gives a very complete and compelling narrative of its setting. There are so many memorable details on this album..."

www.soundsbehindthecorner.org/auditorium/1389-the-gateless-gate-near-north.html
(in Italian)
"Near North has the power of a photo ..."

www.sonicimmersion.org/review.php?letter=G&review=72910
"Along a range of environmental and nature sound snippets, an emotive red line is always present in the dreamy, minimal-shaped, but also quite shadowy-flavored and at times even hypnotizing realms. The slumbering sense of melancholia running underneath it all, and especially surfacing on the intimate "For Avril", lends it a special edge of romance and intimacy.

Most of all, "Near North" (an invitation to submerge into calming natural spheres and its rays of splendor) demands closer and focused listening."

Sudden Art Music Magazine
"They compose gentle, romantic sounds, impressionist atmospheres that are able to come directly to the heart. Listening to this album, i came back to the emotions i had with a work like Lycia's "The Burnng Circle And Then Dust", but the 'Projekt sound' fills every moment of "Near North" ("Ottawa River" could be a track from Black Tape For A Blue Girl)."

arcticdrones.com/reviews/the-gateless-gate-near-north/
“If one wants to forget about normal day life and just stroll take a quiet stroll on the banks of Lake Superior, then “Near North” will neatly accommodate you … It perfectly sets a certain mood …”