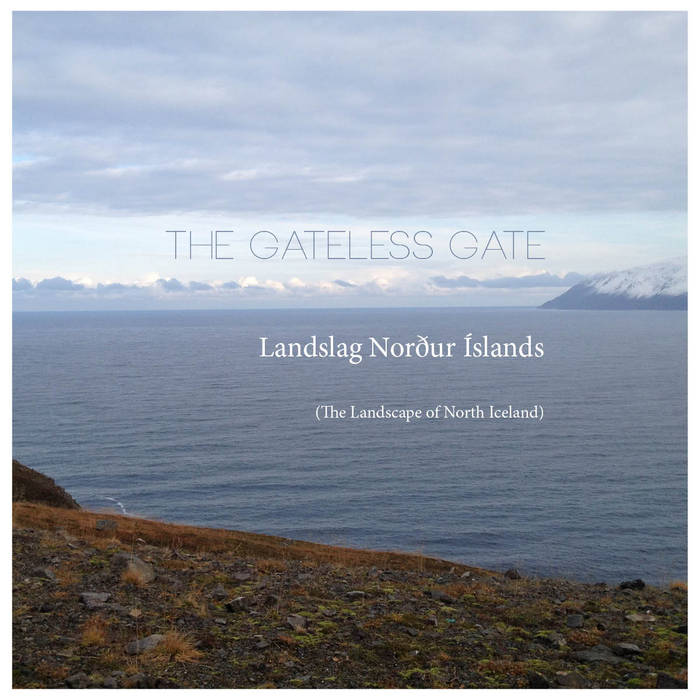 sirenbrian This is an excellent icy sounding experience. The steady crunch of feet on gravel and ocean waves take you to a chilly island for a spell. Very tasteful and well constructed soundscape. Favorite track: Hverir Geothermal Area.

This album is an ambient music evocation of certain landscapes of the northern regions of Iceland near the town of Akureyri, which we visited in the fall of 2014. We were, as most visitors are, very moved by the power of these volcanic landscapes and coastlines and decided to capture them in music.

"How do you pay tribute to a landscape as magical and captivating as Iceland? You capture an essence, record a form of what you see, and trace your inspiration back to its source ... The zen found in the Landslag Norður Íslands (The Landscape of North Iceland) is powerful ... give The Gateless Gate your attention: they deserve it."

The introspective, desolate nature and vast scenery encountered in this region simply resonates in each of the four textural, tracks along embedded currents of plain beauty. As such "Landslag Norður Íslands" makes a pleasant contemplative listening experience to make your imagination wander elsewhere and relax your mind."

Space Rock Mountain
spacerockmountain.blogspot.cz/2015/03/the-gateless-gate-landslag-norur.html
"In all their output they make wonderful use of ambient sounds, harmonic keys and ethereal effects to create a vast soundscape out of the few elements present, much like the landscapes referenced. The results have a remarkably psychedelic quality, as all great ambient music does, a sort of removal of space and time. It isn't bleak nor lifeless, even the sounds of little waves and fate chirping of birds heard in the compositions remind one of how existence is endlessly altering even in the coolest of places or the most ambient of songs."