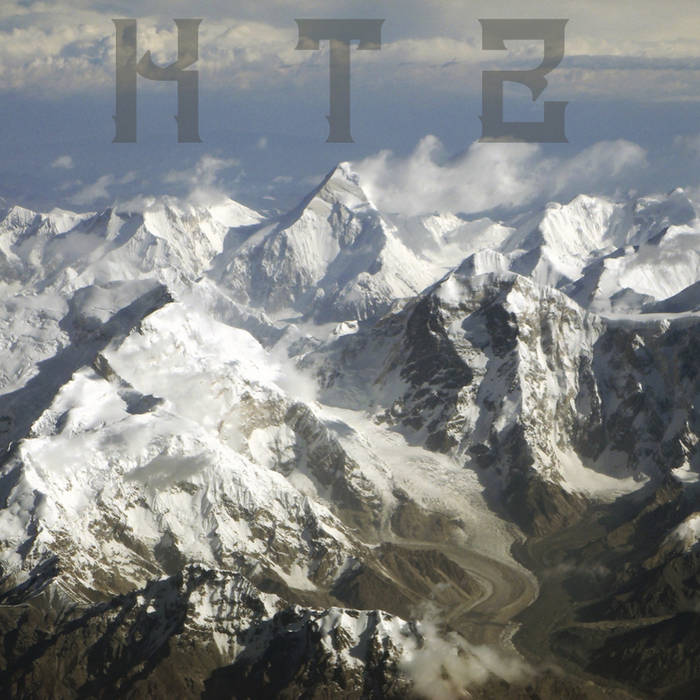 Across The Universal Soundscape

The album also contains cover versions of two songs:
- Hawkwind's "The Golden Void" (written by Dave Brock), a classic seventies track from "Warrior on the Edge of Time", interpreted in a style akin to that of the band's late guitarist Huw Lloyd-Langton, a huge influence.
- Popol Vuh's "Last Days, Last Nights (Letzte Tage-Letzte Nächte)" (written by Florian Fricke and Daniel Fichelscher), from the equally classic 1976 album of the same name. As far as I know, this beautifully spiritual song is Popol Vuh's only English-language song.

REVIEWS:
"I have long been an admirer of Allister Thompson's work, both with The Gateless Gate, Khan Tengri and his more singer/songwriter work with Twilight Fields...he has a philosophical and spiritual outlook on life that is affirming and thoughtful but with a healthy amount of cynicism and his music is always nothing less than top notch. 'KT2' serves to reinforce this. It acts as a perfect showcase for his skill and artistry, taking a gallimaufry range of influences and styles and combining them to form an album that is distinctly psychedelic, often beautiful but always immersive and satisfying."

-Days of Purple and Orange (dayzofpurpleandorange.blogspot.ca/2017/09/premiere-review-khan-tengri-kt2.html)

"Most of these songs are the type that draw you into a web of sonic vibes. Layers of moody, atmospheric sonic tones drone while the electric guitar lazily plays a lead line building tension all of which comes together in dramatic, brooding fashion. Rather than hitting you over the head with bombast they beckon you in. Symphonic prog fans will find much to appreciate with the music on KT2 as it manages to hit all the right notes in my mind. I really like the psychedelic-prog mash-up created by Khan Tengri and the structure and arrangment of the music is complicated enough to certainly keep prog fans intrigued about what was coming next. Great stuff…"